I have been swimming for almost a week and then I felt crook last night so I decided to sleep early.

I woke up today with body aches and a slight sore throat so I decided not to come to work physically. We just dropped the kids at school and had breakfast in a Vietnamese place nearby.

Afterwards, we go home and I deceived to take a nap.

When I woke up, I checked my temperature and it is homing at 37 so I decided to swim for about half an hour.

Then I eat my lunch consisting of cup noodles, two slices of brioche bread, watermelon and an apple with cranberry drink.

I sat down perusing the previews of recently added videos in Netflix.

Now I’m lying in bed again, waiting to nap after I finish this post. This is my self care. 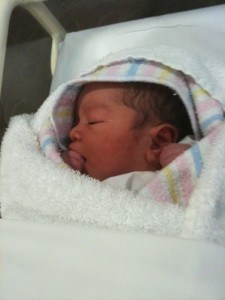 Today is my 3rd day of being an official dad. It is such an overwhelming experience to see that we have made it this far and here we are with baby Nathan  Patrick trying to juggle a lot of things and grind our instincts and life’s experience to face the huge challenge of parenting. Fundamentally at this stage, we just need to feed him, clean him and then make him sleep. I guess playtime is an integral part of the whole shebang but more of it will probably happen in the coming days.

The crying has also changed a lot. It is becoming a more unified sense of a screaming orchestra. It tells you a lot of what’s going on and could be better than a wetness indicator that really needs some improvement in the usability area.

It’s 4:49 am now and I still have managed to blog a bit but it was a challenging night. Wifey has to breastfeed every hour and looking at her sometimes, it seems to be not easy. And when there is feeding, the ineviable changing of nappies follows. I had to assist her and really streched my patience up to infinity ( so really my limit can’t be zero if you know your basic calculus ) because she just had a caesarean and is still recovering.

As per Masterchef’s masterclass format, top tips for a new dad:

I can still keep on going but I guess this is just what can be covered by my 2 cents of expression for now. Fatherhood is a journey and I can say that it is very rewarding.

I have been using Balsamiq for quite sometime now and all I can say is it’s a mockup creation tool in steroids. We are doing a massive web redesign project and I have to produce some mockups with the infamous out of this world deadlines from an existing style guides. I was able to finish my mockups in one weekend and it was a breeze!

I have installed it in Windows XP 64bit and I was amazed not to encounter any error and it plays well with the 64 bit system. One thing though, I just hope that there is a scroll that can be used to expand the workspace down without going to this hack of inserting a UI object and then keep on resizing it down just to increase the workspace.

The interface is very simple so are the UI components but the whole package is intuitive enough for its purpose. I have yet to use Balsamiq into mockups other than webpages but I am already excited on doing things on it for the iphone. I am also going to try this linking feature that I just came across from their blog.

Moving forward, I will be showing this to my team at work since we are using Jira and Confluence. It might speed up everything with a mockup tool already integrated on our workspaces.

Well, all of this is not possible without them lending me a copy to play with. Thanks guys. Also, good thing that I am listening to Net@night where I get to know Balsamiq in the first place. =)

Since we bought our first Apple machines, we have gone into the trouble of experiencing Macintosh — the other sides of it.

The Macbook has been returned already because of the noise issue. It was very hard to get a replacement refurb for this one as it is selling like hotcakes from the store. So I opted for a Macbook Pro and waiting for its delivery tommorrow.

The Macbook Pro on the other hand is showing the dreadful vertical band stripes and I cannot live with Ctrl-Shift-Eject everytime I wake up this machine from sleep. The usual method to remove this is to do a PSAR but after a while the annoying vertical bands occur again. They said this is due to the hightech LED powered displays but I guess I rather have the old LCD technology that wears out its color over time than be annoyed by these banding for the life of this product.

I called Apple today and they are going to pick this MPB on Wednesday. Hopefully, I can get a replacement by this week.

I also have bitten the apple further by going Airport. But I have to replace the Apple Extreme last weekend with a newer model with gigabit ethernet. It scales well especially my external NAS connected to its USB. I was able to stream a video that is not possible before in SuperG. The current setup now is a WIFI b/g compatible from the ADSL router and a pure N to cater the NAS and the Mac machines.

Getting a refurbished mashine will save you a lot but be very careful on observing their issues and you have 14 days to do that beginning from the receipt of the item. Also, be aware of the 10% restocking fee if ever you messed up the item too hard.

that is for you to know and for me to find out, lol

I have been evaluating hackintosh for a month now and the experience is unparalleled. OSX has been a fusion of an OS that I always wanted. Applications are very easy to install because they are self contained, the UI makes me feel good about creativity, accessibly is just phenomenal and the console is just the linux experience I always liked when running a Gentoo machine. This is considering that I have an erratic install that does not have a proper Sleep and Speedstep.

I have been looking for months on the Apple Store refurb section for great deals. Since last week, it has been a serious spotting and I have learned that they do put current generation machines there. Realizing that Penryn and 45nm are great technologies to start with so I decided to get my first Mac. I am now waiting for a 15″ 2.4Ghz macbook pro with its multitouch and efficient battery life.

Since my wife is doing some serious photography now with her 450d, I also have to get her a current gen Macbook , clocked at 2.4Ghz and with a superdrive. This will reduce some tension if you know what I’m talking because she is just as tech savvy as I am.

I think I was slightly affected by the demo of Google Appengine because they are using macbook pros in one of their campfire and I was enticed to get a Textmate as well. I would like to understand this technology though I have very limited experience with python. It will be nice if they can add in language support for ruby and php.

Addtionally, I have been watching JK Rowling on her Harvard commencement address and when the video is about to be finish, I was slapped with the dreadful blue screen of death. I guess my T30 is due for retirement and Windows XP is just shooting itself on the foot.

So there you go, I bought a macbook pro and a macbook for the first time because of my hackintosh experience, google appengine and to run away from the dreadful BOD! If that makes any sense at all.

Well Jason is just on steroid when he talks about management stuff and he is definitely a humble person. I was able to ask him my queries on the previous post.

How is Mahalo?
How is your Audible ad (the famous twit uber ad for audible)?
He actually says what he is usually saying in TWIT.

I even asked my friend to take a picture of me with Jason through a stranger’s camera. My 400d is still on RMA because of a dead pixel. I hope she(the stranger) will email me the picture.

So in the end, I have a picture that I asked and a business card (that I did not asked) from this evangelist from Silicon Valley. I guess my time was never wasted in Cebit Australia 2008.

By the way, it is better to have a lunch in McDonalds than eating on the cafe inside the conference. The chicken burger is going to give you nightmares.

I am bit excited about going to Cebit this year because finally I will be able to get a free 3 day break from work. My great excuse really is that I will be attending the SEO conference on the second day and this will greatly improve my skills in SEO for our website (Yeah right). Well, I am just going to look for trends and the Australian Market for SEO.

Cebit is nothing new, it is like a car show full of enterprisey displays. I am actually looking for innovation and technology that is not only driven by the corporate world but I guess money makes the world go round. I wish there would be something like South by Southwest here or even a Defcon.

I am here now at the Bloggercon booth ready to meet Jason Calacanis in person and see if the other guys blogging about his charater and mahalo campaign are correct about their impressions. I would probably ask him for the Audible Ad he run at Twit or the fancy Tesla.

I think Cebit is not the right place for software developers or technology enthusiast. It’s just like a roadshow with a paid conference running in the background. If there is a business that is getting a lot out of this, it will be those that print brochures and sell giveaways. Who wants printed brochure nowadays? Good thing the Queensland Govt booth gave me a usb flash drive for a change and some others are offerring free coffee and massage.

Bottomline, you can just download the exhibitor’s list and visit their website and you will probably get more information. A few startups have their founders on the booth and they will give you in-depth information about their products and services but the rest are just like Amex card sales rep. No offence for the Amex guys, they are quite better in sales than a bunch of these guys.

I don’t feel excited anymore to visit tomorrow but I have to because of the SEO conference. I will probably stop today at UNSW because they are running a Post graduate openhouse and I am interested in doing some academic stuff next year.